The Rinat Akhmetov Foundation passes on 25,000 tests to detect coronavirus

Today Kyiv received 25,000 rapid tests to detect coronavirus. This part of the 300,000 tests transferred to the country by the Rinat Akhmetov Foundation is part of the national campaign to combat the COVID-19 epidemic. They will be delivered to medical institutions of the capital of Ukraine: hospitals, primary health care centres, and maternity hospitals.

“Coronavirus is a nationwide problem. Every Ukrainian is currently at stake. However, there are regions where the epidemic is developing faster than in the country altogether. Thus, Kyiv is among such spots. More than 15% of the all Ukrainians infected with the coronavirus live in the capital of Ukraine. The tests that have been given to medical workers today will help to quickly test people who are at higher risk of severe illness and who show the COVID symptoms, to isolate and treat patients in order to prevent the virus from further spread. In total, Rinat Akhmetov sent 300 million UAH to fight against the epidemic,” member of the Supervisory Board of the Rinat Akhmetov Foundation Natalya Yemchenko noted. 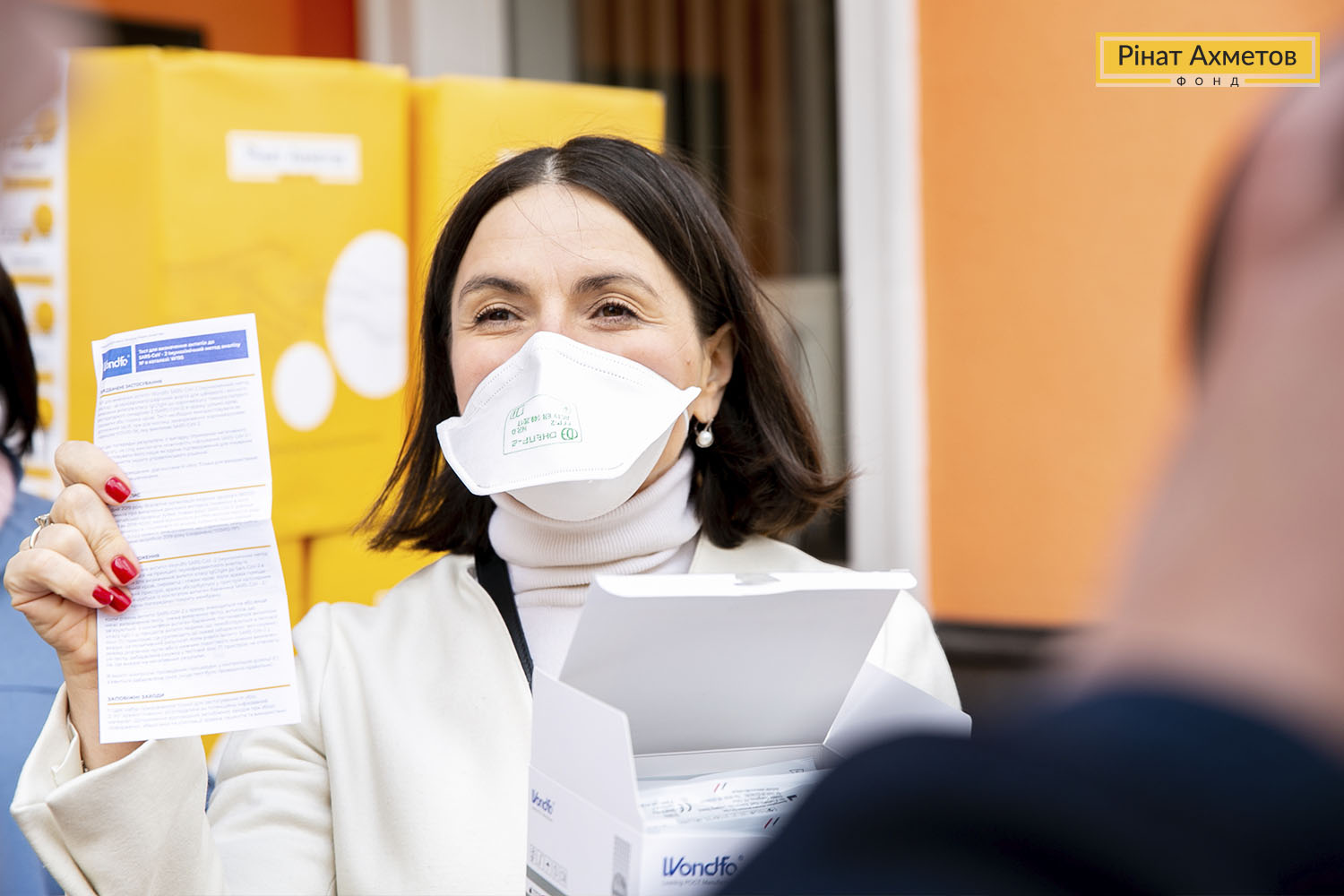 Accepting the charitable transfer certificate of 25,000 rapid tests, Valentyna Hinsburh, Director of Health Department of the Kyiv City State Administration, thanked the Rinat Akhmetov Foundation for its contribution in the fight against coronavirus and noted how important the rapid diagnostics of coronavirus is in the capital of Ukraine.

“I want to thank the Rinat Akhmetov Foundation. The city of Kyiv is the first in the country to start making rapid tests and now such assistance from the Foundation will allow every medical and preventive treatment facility to increase the number of tests. This coronavirus epidemic is a worldwide calamity, so I hope the Foundation will do us some favours again,” Valentyna Hinsburh said. 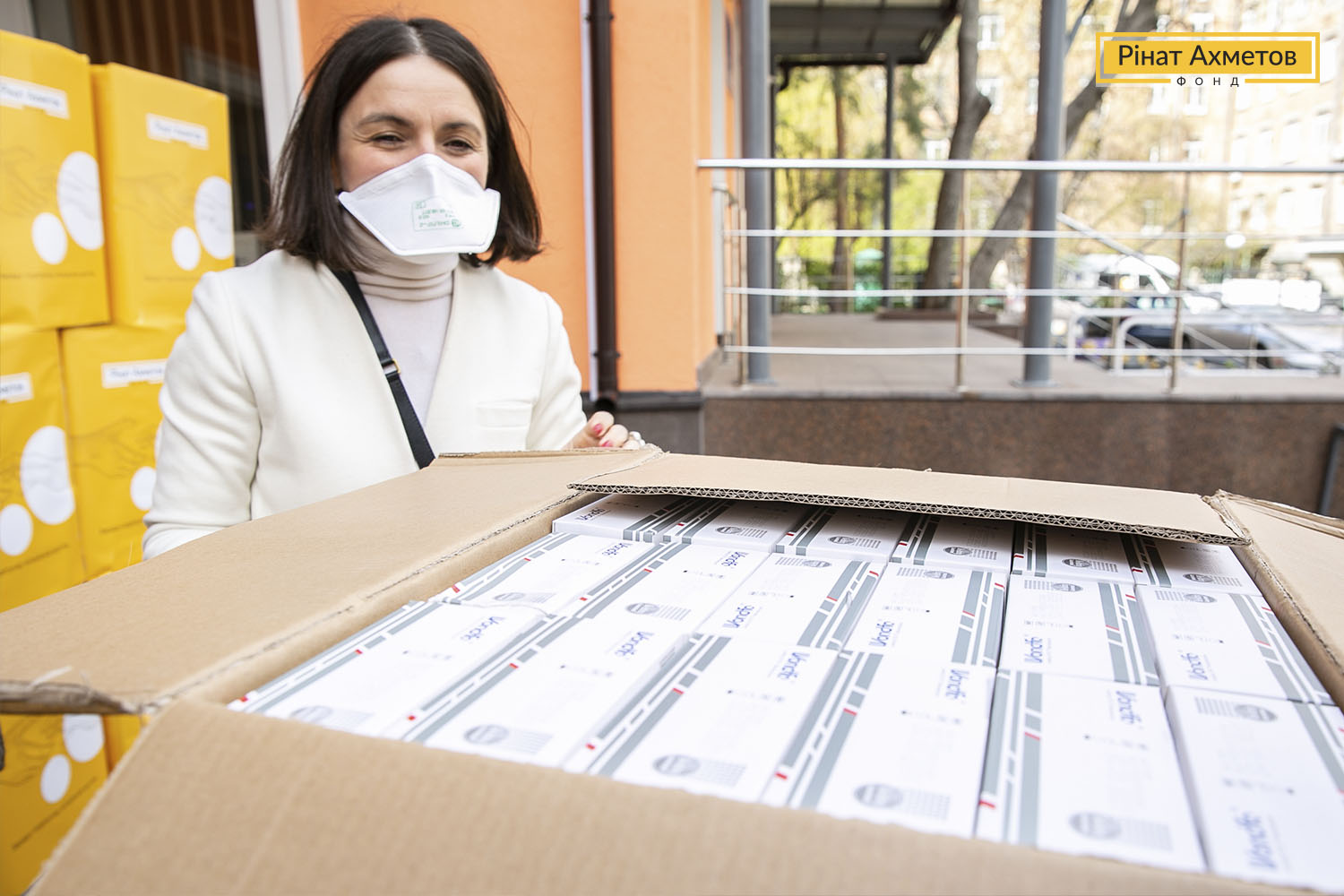 She also emphasized that doctors around the world now recognize that connecting a patient to a ventilator is required in critical situations only. Therefore, early recognition and treatment are crucial only in the spread of the coronavirus, but also in the successful treatment of the infected.

25,000 tests will be distributed between the main hospitals of Kyiv and even sent to polyclinics and maternity hospitals, which is particularly important.

Chief Medical Officer of the Kyiv City Maternity Hospital No. 5 Dmitry Hovsieiev sent his regards to the Rinat Akhmetov Foundation and told about the health and caring measures the capital undertakes regarding the newborn, mothers, and women who are preparing for motherhood.

“We express our gratitude to the Foundation for the rapid tests. We were the first to start express testing. An efficient logistics system for testing pregnant and other patients has been established in Kyiv. The seemingly high number of infected people just shows the real situation as many people are tested,” Dmitry Hovsieiev said.

“Rapid tests are performed by our mobile teams, which conduct testing responding to a location and at home. This allows for timely identification and hospitalization which, therefore, makes it possible to minimise the threat of infecting other people, including doctors. Thus, we express our sincerest gratitude to the Foundation for such cooperation,” Valentyna Reif said. 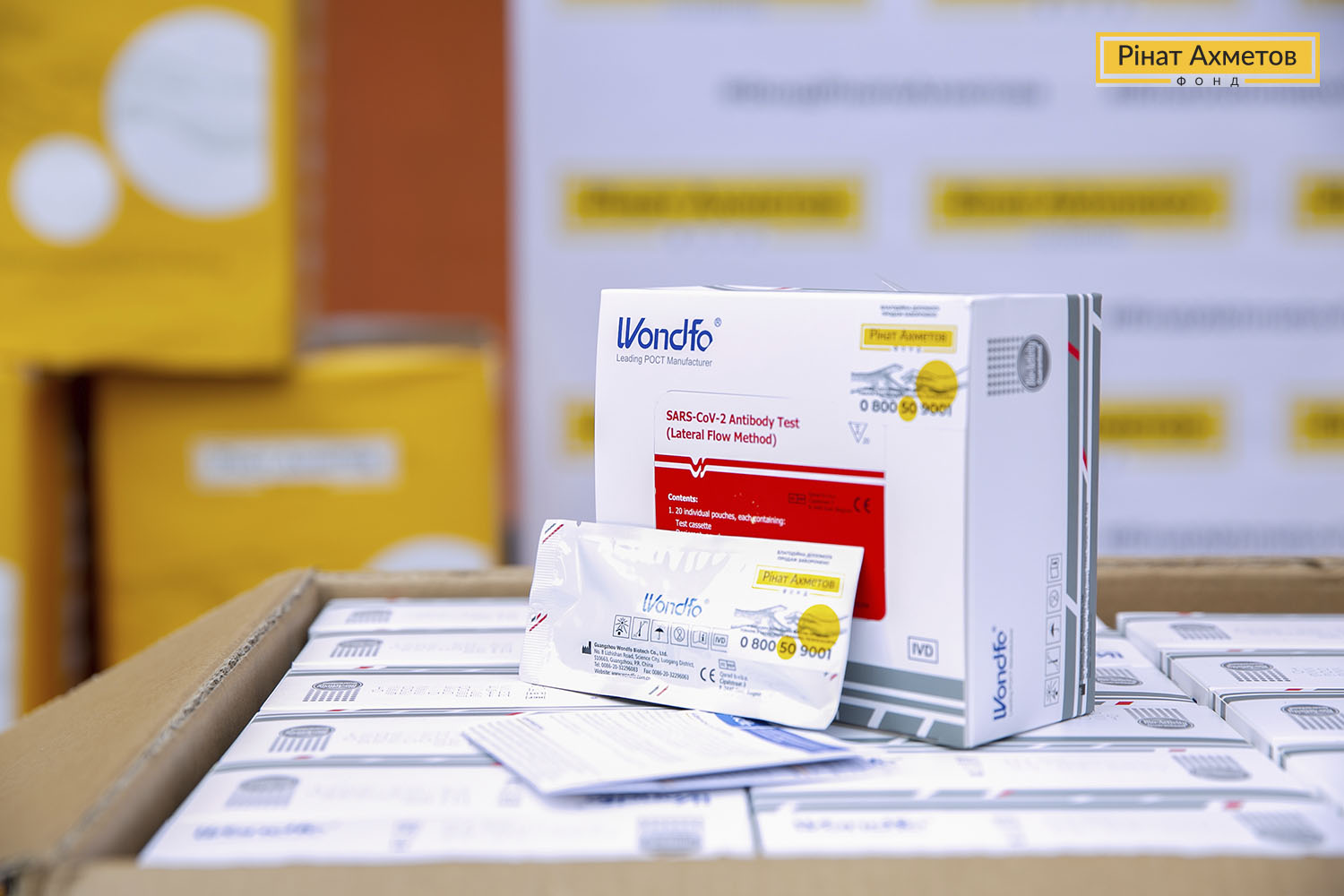 Kyiv became the eighth region in Ukraine to receive diagnostic tests from the Foundation. Previously, such tests were submitted to public hospitals in Lviv, Kharkiv, Donetsk, Luhansk, Zaporizhzhia, Ivano-Frankivsk and Dnipropetrovsk regions.

Rinat Akhmetov sent 300 million UAH in fight against COVID-19. Therefore, he pooled all the resources from the Charitable Foundation, FC Shakhtar, DTEK, Metinvest and other SCM assets in order to help Ukraine.

Back in February, Rinat Akhmetov gave directions to the Foundation to be the first in the country to respond to the global threat of a coronavirus pandemic. The equipment to effectively treat the complications caused by COVID-19 – high-end ventilators and oxygen concentrators – has already been purchased and transferred to the Ministry of Health.

In partnership with the Ministry of Digital Development, the Rinat Akhmetov Foundation created educational TV-series for teachers (“Quarantine: Online Services for Teachers”) and schoolchildren (“Digital Physical Education for Schoolchildren with Sport Stars”). Video courses are posted on the Rinat Akhmetov Foundation's Facebook page and Youtube channel.