Today, 15 April, within the framework of interaction with the Dnipropetrovsk Regional Headquarters combating  coronavirus, the Rinat Akhmetov Foundation and Metinvest Group handed over 15,000 tests to medical institutions in Kryvyi Rih in order to detect COVID-19.

"Rinat Akhmetov financed 300 million UAH to combat COVID-19. As it has been personally decided by the Founder, the Rinat Akhmetov Foundation, in coordination with the Ministry of Health, makes its contribution to win over the epidemic. We purchased and delivered 300,000 COVID rapid tests to the Ministry of Health as soon as possible. Quick testing of patients with symptoms and their subsequent separation stop the rapid spread of infection. The tests were transferred to the Ministry of Health and distributed among the regions of Ukraine. We have already passed tens of thousands of tests to Kharkiv, Zaporizhzhia, Donetsk, Luhansk, Ivano-Frankivsk and Lviv regions. This week, 30 000 tests have been transferred to Dnipropetrovsk Region. Half of this – 15,000 - has been transferred to Kryvyi Rih," Natalia Yemchenko, a member of the Supervisory Board of the Rinat Akhmetov Foundation, said.

These 15,000 test systems will be used to detect coronavirus rapidly in public hospitals determined by the Ministry of health of Ukraine. First of all, this is Kryvyi Rih Infectious Diseases Hospital, as well as City Hospitals No. 7, 8 and 11.

Metinvest believes that the fight against coronavirus requires combining all efforts as selective assistance won't contain the spread of COVID-19.

"Metinvest helps the Rinat Akhmetov Foundation with other SCM assets in all cities where our companies are located. Jointly with the authorities and the community, we determine what equipment is needed and thus transfer personal protective equipment for doctors and law enforcement officers, and help to disinfect the streets of Kryvyi Rih. We understand our responsibility for the lives and health of our employees and their families. We strictly comply with all anti-epidemic requirements at our enterprises in order to protect our employees. It is important not to lose hope and work together in such difficult situation," Dmytro Shevchyk, Director General of Metinvest, said.

In total, the Rinat Akhmetov Foundation and Metinvest Group provided Dnipropetrovsk Region with 30 000 rapid tests to detect COVID-19. The first cargo with them has already been delivered to Dnipro and Pavlohrad.

"We express our gratitude to the Rinat Akhmetov Foundation and Metinvest because we have received 15,000 tests today and as of today we can start diagnosing residents and doctors with 10,000 tests purchased from the city budget. This will help to fight this problem that appeared in the world and in Ukraine as well. We are facing a difficult challenge, and only together we can protect the health of our residents. We control the situation, coordinate the work of doctors and law enforcement officers within  the work of the headquarters combating coronavirus. Thanks to the business, we provide personal protective equipment to all services that depend on the fight against COVID-19," Yurii Vilkul, Mayor of Kryvyi Rih, said.

Modern systems will help Kryvyi Rih doctors identify cases of infection effectively, take the necessary measures in a timely manner in order to treat patients and prevent the spread of the disease.

"On behalf of all the doctors, I express my gratitude for your help. 15,000 tests will allow us to start mass screening studies of patients who need it," Konstantyn Murashko, Head of the Health Department of the Kryvyi Rih City Council Executive Committee, said.

On 6 April, the Rinat Akhmetov Foundation and FC Shakhtar transferred 20,000 rapid tests to Kharkiv Region to detect COVID-19. This region was the first to receive part of the batch of 300,000 tests purchased by the Foundation for all Ukrainian regions. The very next day, on 7 April, the Rinat Akhmetov Foundation and Metinvest passed on 50,000 rapid tests to Donetsk Region.  15,000 of these were received by the medical staff of Mariupol. Donetsk Region received another 50,000 tests on 13 April. 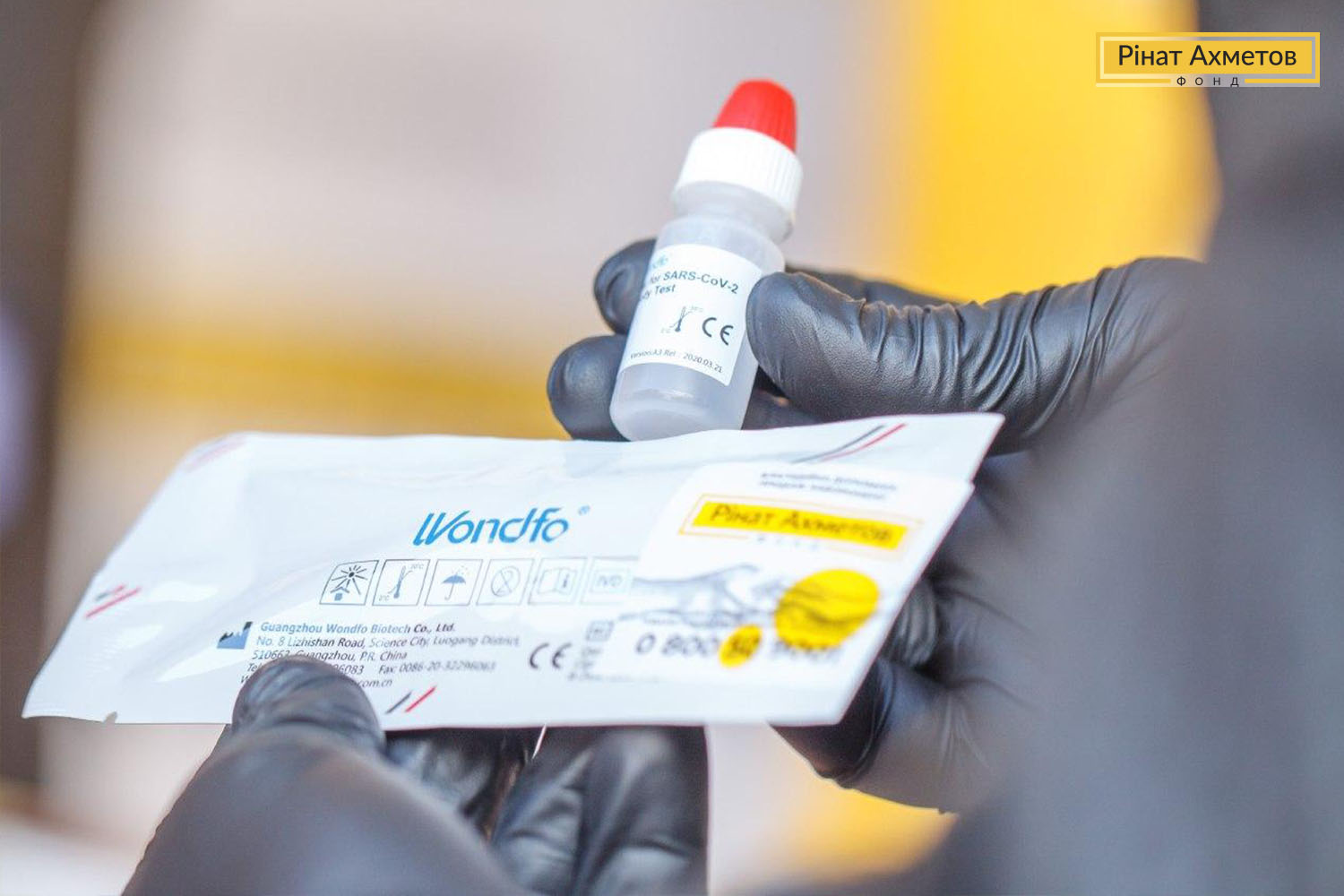 On 14 April, the first 30,000 rapid tests for Dnipropetrovsk Region were transferred in Dnipro and Pavlohrad.

On 15 April, the Foundation transferred over 25,000 tests to medical workers of Kyiv.

Back in February, Rinat Akhmetov was the first in the country who gave directions to the Foundation to respond to the global threat of a coronavirus epidemic. The equipment to effectively treat the complications caused by COVID-19 – the Swedish SERVO-I UNIVERSAL and SERVO AIR high-end ventilators and oxygen concentrators – has already been purchased and transferred to the Ministry of Health. .